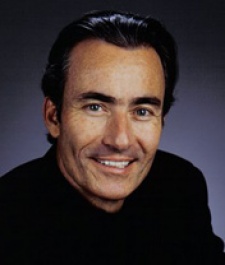 January 8th, 2013 - 07:23pm
By Jon Jordan, Contributing Editor
It seems you can't keep Trip Hawkins out of the business.

Following the confused end of his involvement with mobile/social publisher Digital Chocolate, the EA founder is back in the game with new start up If You Can (aka If...).

Named after the Rudyard Kipling poem ("If you can keep your head when all about you..."), the London-based outfit is in its early stages and will be focused on educational games for kids.

"I've always had a passion for education," Hawkins says, explaining that he thinks the rise of mobile devices, notably from Apple, has radically changed the opportunities available in the sector.

"Men used to do the all media buying [for a family], but now moms have these powerful devices and they're giving them to their kids," he argues.

This is combined with institutional changes in the formal education market, such as the $4 billion Race To The Top initiative in the US.

"Educational games partly deal with the distribution and monetisation issues we're seeing in the wider app industry," he adds.

Joining Hawkins as a co-founder for If... is Ben Geliher, who prior to stints at Bossa Studios and NaturalMotion, was a five-year veteran at Moshi Monsters' developer Mind Candy.

More details about what the studio is up to will be released later in 2013, but it will be using Unity for development, with Hawkins saying some funding has already been raised from Silicon Valley VCs.

"I think we'll be a well funded start up," he added.