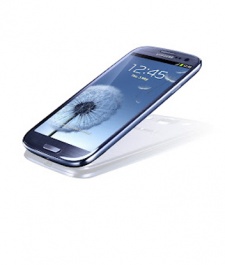 January 16th, 2013 - 06:13pm
By James Nouch, Staff Writer
Samsung has sold more than 40 million Galaxy S III handsets since the device first rolled out back in May.

According to stats released by the Korean giant - likely in jubilant mood - that equates to average daily sales of 190,000 units.

By our calculations, however, such a figure is actually closer to 174,000 handsets a day, but it's an impressive tally nonetheless.

The entire Galaxy S series, meanwhile, has accumulated 100 million total sales to date since Samsung introduced it in May 2010.

The Galaxy S III tops the bill, however, amassing the kind of sales only currently rivaled by Apple's iPhone.

Indeed, according to Stategy Analytics, the S III overtook the iPhone 4S to become the world's most popular smartphone in November 2012. The firm noted that Samsung's position at the top would be "short-lived", though, as the iPhone 5 was expected to outdo Samsung in Q4 2012.

However, amid reports that Apple is cutting its iPhone parts orders in response to weaker-than-expected demand, that assertion doesn't seem so certain anymore.

Apple's financials  which are expected next week  are usually accompanied by sales figures, so we'll soon have a clearer picture of Apple's position in the market, and whether or not it's set to be overtaken by Samsung.