Will it fly or die?

In that context, the western release of the game that's been the top grossing iPhone app on the Chinese App Store since August 2012 should be very interesting indeed.

Called Dragon Force in China, or Dragon Bane in its westernised form, it's an online RPG for iPhone and iPad, which offers PVE and PVP gameplay, plus the usual array of character classes, battle companions, dungeons, guilds and tournaments. 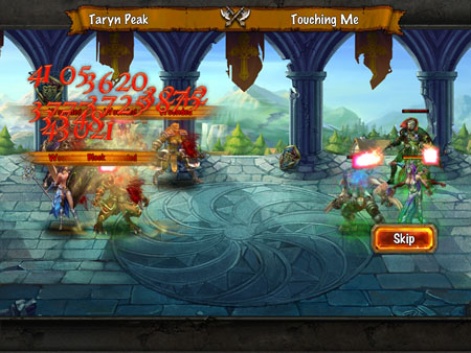 Developer Digital Cloud - which unsurprisingly given the game's success was our #1 Chinese mobile studio of 2012 - hasn't revealed exact download figures, although it notes the game currently has over 1.5 million players.

We assume that's some measure of regular active players.

To-date, it's been released in China, Taiwan, Hong Kong, Vietnam, Singapore, Malaysia, Thailand, the Philippines and Indonesia, and been a top 20 top grossing game in all of them.

Currently in testing, Digital Cloud hopes to release the western version by the end of January.