RIM: BlackBerry 10 devices could be last we manufacture 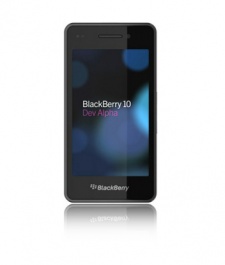 January 21st, 2013 - 03:51pm
By Keith Andrew
With the launch of BlackBerry 10 devices finally swinging into view, RIM has taken the curious step of revealing the range could be last batch of phones it ever manufactures.

The claim was made by CEO Thorsten Heins during at interview with German paper Die Welt, with Heins stating the company is considering selling off its hardware division once BlackBerry 10 has hit the shop shelves.

"The main thing for now is to successfully introduce Blackberry 10," Heins reportedly told the paper according to a Reuters translation.

RIM isn't only considering selling its hardware division, however.

Heins also raised the possibility of licensing out the BlackBerry platform (or its components) to other manufacturers  an option reportedly previously tabled by former co-CEO Jim Balsillie.

BlackBerry's sliding market share poses the question of who would want to take the OS on, of course, with rivals unlikely to relish trying to turn the troubled platform's fortunes around.

On the other hand, RIM's proprietary network could be licensed out to help provide cheap data plans for non-BlackBerry devices.

Balsillie and fellow co-CEO Mike Lazaridis stepped down at the start of 2012, eventually leaving the company altogether a few months later.

A report published by Reuters after their departure claimed some the moves current CEO Heins is now considering were suggested by Balsillie during what proved to be his final days in charge.

Balsillie wanted to license out the BlackBerry network to carriers in the US and Europe, but his suggestions were rejected by the board and reportedly caused 'tension' at the top of the company.