Unite 2013 bound for Vancouver this August 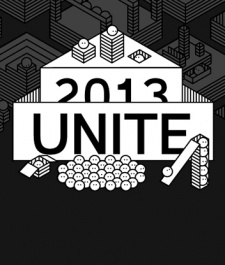 January 24th, 2013 - 12:10am
By Keith Andrew
After a successful run in Amsterdam in 2012, Unity has announced its annual conference  better known as Unite  will this year cross the Atlantic to Canada.

Unite 2013 will hit Vancouver this August, though to compliment the development tool's increasing global footprint, the company has also announced a series of regional conferences.

These will cross the globe to help developers in Asia, Europe and South America link up with one studios in their area.

V is for victory, V is for Vancouver

The big event, however, will run from 28-30 August in the Vancouver Convention Centre.

The firm claims the three day conference will deliver hands-on tutorials, technical sessions and previews of upcoming technology  all essential for developers currently getting to grips with Unity 4.

"The Vancouver setting provides a naturally beautiful location in one of the world's most exciting cities," said Unity.

"The Vancouver Convention Centre is an inspiring modern venue overlooking picturesque Vancouver Harbor and situation with quick access by foot or taxi to the city's many hotels, restaurants and entertainment venues."

Speakers are yet to be announced, though last year the keynote slot went to Peter Molyneux ahead of the release of 22 Cans' debut title Curiosity.

Ahead of the big event, Unity will also be hosting a training day at the same location on 27 August designed to give "new and inexperienced users a foundation for Unity development before the big show begins".

Aside from main Unite 2013 conference, however, the event will also roll into Japanese capital Tokyo on 15-16 April, China's Shanghai between 20-21 April, and Seoul in South Korea on 23-24 April.

It'll then head to the Swedish city of Malmo between 21-22 May, before as of yet unconfirmed appearance in Colombia later in the year.

More information on Unite 2013  and the complimentary regional events  can be found on Unity's website.