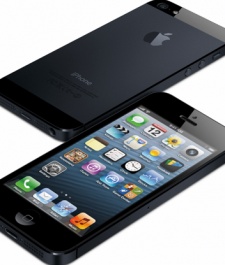 The figures, released as part of Apple's quarterly earnings, also revealed that 22.9 million iPads were sold across the period.

To put those numbers in context, that means Apple sold more iPhones this quarter than the 26.9 million units it shifted in the previous quarter, and the 37 million units it sold during the same period in 2012.

Apple's iPad, too, is up both year-on-year and sequentially, though the company failed to reveal the sales split between the fourth generation standard sized iPad and the iPad mini.

"We're thrilled with record revenue of over $54 billion and sales of over 75 million iOS devices in a single quarter," said CEO Tim Cook.

"We're very confident in our product pipeline as we continue to focus on innovation and making the best products in the world."

Despite what would outwardly appear to be an impressive quarter, many analysts across Wall St had predicted Apple would sell north of 50 million iPhones in the quarter, with the company's shares down by more than 5 percent in the immediate aftermath of the results.

Rumours have recently suggested that Apple cut orders for iPhone 5 parts following slower than expected sales. The device got off to a record-breaking start with 5 million units sold over the course of its launch weekend.

Apple's iPhone 5, would appear to be selling at a rate of more than 525,000 units a day across the 13 week quarter, despite missing targets.