Mobile Gaming USA East: How to localise and culutralise your game intelligently 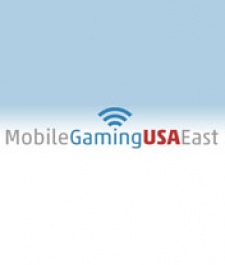 January 31st, 2013 - 10:20am
By Matthew Diener, US Correspondent
Geographically, it's often more than many developers can handle getting to grips with just a few target markets.

Thinking about going global  successfully selling their apps in countries far and wide  is an altogether trickier task.

Part of the problem revolves around the process of localising and culturalising a game  a hurdle many devs find it overcome on their own.

But, when games like Fruit Ninja and Angry Birds can find success in almost every major territory around the world, is localisation really an issue?

Faced with such questions, Aaron Schliem from Glyph Language Services and Kate Edwards of Englobe took to the stage at this year's Mobile Gaming USA East conference in Manhattan to share their expertise.

The question? Just when, and how, developers should bring their games to the rest of the world.

When it comes to localisation, the first step developers have to take is to managing their expectations. A simple text-to-text translation will never suffice, argues Schliem, as the quality of language is entirely subjective.

Further, developers need to understand that localising does not equal an in-depth rewrite.

Localisation vendors aren't in the business of modifying content to fit a culture (unless you pay them to do so). Thus, if studios are expecting their game to resonate with another country's dominant culture, they'll either need to pay more for the localisation or do some research on their own.

Furthermore, the question of also where all of the content that you need actually needs localisation resides in a game also has to be answered.

This may sound elementary, but a street sign buried in an image layer can be easily overlooked by a localisation team if they aren't specifically told to look for it in that layer.

Even if the localisation is pitch perfect, there's still a chance that it might strike a sour note with a foreign Government for reasons the developer may never have considered.

As such, Edwards generously shared her list of the top five factors that can cause culturisation issues in a game's international release.
Long/Short tail of history 

History may be in the past, but that doesn't mean that we're over it. A disputed military victory, for example, can preclude a game from being released in a given country.

Microsoft's Age of Empires ran into this back in 1997 when it included the Yamato invasion of the Korean peninsula, a historically accurate scenario which the South Korean government claims never happened. To smooth this over, Microsoft had to issue a patch for Korean players which rewrote history so that Korea invaded Japan instead.
Sacred vs. Secular 

Almost all cultures maintain expectations that originate in religious beliefs. Fallout 3 featured a two-headed Brahman bull that players could kill or use as a pack animal. Because these animals are sacred to Hindus, and the cow was too expensive to write out of the game, Fallout 3 never saw a release in India.

Had Bethesda used a two-headed horse or six-headed lemur, it could have added a potentially huge market to its revenue from the game.
Inclusion vs Exclusion 

Edwards defined this as "perceived inequitable treatment of a gender, ethnicity, or subgroup". One needed look past the 'Kill all Haitians' controversy from Grand Theft Auto: Vice City to see how this can quickly become a problem when considering an international release.
Intercultural dissonance 

Sometimes, two nations or cultures can't bury the hatchet and imagery that you might consider benign will invoke tensions abroad.

Because Korea discourages samurai references in games, Soul Calibur's Mitsurugi was hastily re-skinned to appear as "Arthur", a blond warrior who hailed from England but still fought with a katana.
Geopolitical Imaginations 

Some countries believe that they're entitled to land which they may not necessarily have claim to.

China, according to Edwards, will issue a pat ban on a game that does not include Tibet or Taiwan as part of the People's Republic of China, which can be an unexpected headache for developers working on historical strategy games.