EA's The Simpsons: Tapped Out makes $23 million in 3 months 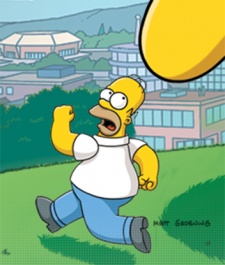 Topping the bill in the latest financials from Electronic Arts is news of the publisher's continued success on smartphone, with The Simpsons: Tapped Outon iOS leading the line.

The firm has revealed that, using non-GAAP figures  numbers prepared not using generally accepted accounting principles  The Simpsons: Tapped Out generated $23 million in digital net revenue during the last quarter.

Tapping to the top

No surprise that such a figure means the game was EA's top performing iOS for Q3 2013, though games and services for mobile and handhelds as a whole generated around $100 million in all  up 18 percent year-on-year.

That means The Simpsons: Tapped Out accounted for almost a quarter of all revenue EA took across mobile and handhelds during Q3.

Such success means, according to COO Peter Moore, EA  which owns both the PopCap and Chillingo labels, amongst others - remains the "#1 publisher on iOS worldwide for the year".

As an aside, EA's social platform Origin  which spans multiple digital platforms  now boasts 39 million users, 17 million of which are on mobile.

Value of quarterly activity in The Simpsons: Tapped Out estimated at $58 million

EA Mobile continues free-to-play push with The Simpsons: Tapped Out

Reply
jim d
I'm sure it did make a ton of money, but the phrase "numbers prepared not using generally accepted accounting principles" gives me pause. I mean, heck, anyone apply "creative" accounting techniques to claim they made $23 million, right?