Driven by very strong growth in the Korean mobile market - thanks to general Android activity and the rise of the Kakao social mobile network, Com2uS also had a good Q4 period. 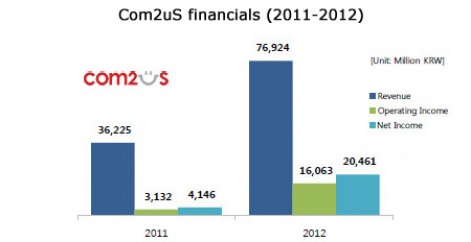 Due to delays to some titles, revenue was actually down quarter-on-quarter, though.

In terms of Com2uS' best performing titles, its social game Tiny Farm generated what the company called stable revenue, while titles such as Homerun King, Derby Days and Tiny Pang have also been re-released with support for Kakao (a mobile text and voice service) to great success.

Bringing it all home

Indeed, such is the boom in the Korean mobile games market and Com2uS' focus on it that it's now witnessing a decline in its overseas sales. 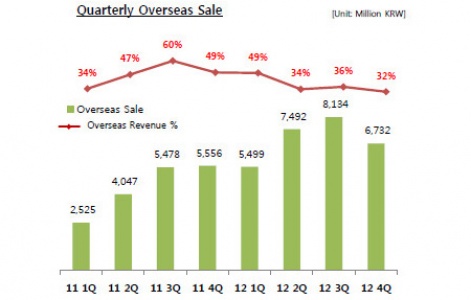 Of course, over the whole of 2012, international sales were up year-on-year in absolute terms, however.

Of this, it expects Korea to make up 65 percent of sales.

During the next 12 months, it plans to release around 50 new games, of which 17 will be third party publishing deals; an area the company has been rapidly expanding in recent months.