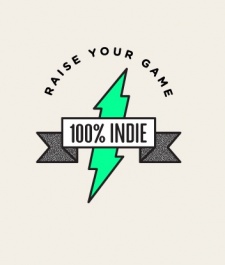 February 6th, 2013 - 04:52pm
By James Nouch, Staff Writer
With a view to helping burgeoning studios get off the ground, Chillingo has partnered with mobile giant Samsung to launch a new resource called 100% Indie.

The venture  naturally designed to appeal to indie outfits  is to be spearheaded by Chillingo co-founders Chris Byatte and Joe Wee, who have boldly pitched 100% Indie as the "next big thing" for the publisher.

It's an interesting move for Chillingo, which built up its name by reaching out to small, indie projects and thrusting them into the limelight.

Informative editorial isn't 100% Indie's only purpose, though. The program is also designed to promote game submissions for the Samsung Apps marketplace.

As an incentive, Samsung is offering developers who submit games through the 100% Indie initiative 100 percent of revenues from the sale of their game on Samsung Apps, for a limited time.

100% Indie developers who take advantage of these revenue share rates would be free to release their wares on other platforms, too, making it an attractive proposition for Android developers.

For more information on the program, visit the 100% Indie website, which allows developers to sign up for further updates on the scheme.

Samsung and Chillingo are planning on fast-tracking the first 3,000 developers to join, so interested parties may want to move quickly.