Advice from the top 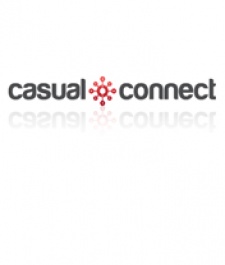 February 12th, 2013 - 10:08am
By Keith Andrew
When's the best time to send out a press release about your game? Is there an optimum day of the week, or  even more precisely  a prime time of the day?

According to John Tyrrell  creative director of French-based boutique international PR agency Cosmocover  there most certainly is.

Journalists hate Mondays and Fridays, he said during his talk at this year's Casual Connect Europe in Hamburg, and tend to be slower after lunch.

Any emails you send in the evening will be lost under the pile of new mails they receive in the morning, so the best time to send out your press release is on a Tuesday, Wednesday or Thursday morning.

A sense of sense

There's undoubtedly a logic to that approach, and  indeed  all of Tyrrell's tips from the top were built around keeping things simple and sensible.

For starters, Tyrrell suggested developers need to take a step back before they start any PR campaign and consider what they're looking to achieve, and whether or not they have the time and skill to do it themselves.

"Thinking is highly underrated in terms of anything you do," said Tyrrell, whose company works with the likes of InnoGames and also drove the PR behind Sonic Jump.

"Take time out  think about your goals and objectives. Writing a press release at the very start that can actually help you define what you're looking to do, even if you don't release it.

"Also, you need to consider if you have what it takes to do PR. It's not rocket science, but neither is it a walk in the park. Anyone can send a press release out to every journalist under the sun, but will that work? Probably not."

Rather than sending out masses of emails to every contact available, Tyrrell stressed the need for developers to seek out key journalists in order to build relationships.

Other tips from Tyrrell included keeping any message you put in a press release simple - "if you can't say it concisely, then it's probably not what you want to say" - and breaking up your studio or game's story across multiple releases, rather than giving it all out in one go.

"This will give you the excuse to get back in contact with those journalists, and may help them engage with you."

On the flip side, however, it's important not to flood people with spam.

Think about how many emails you're sending out, how many times you're updating your company's Facebook status, and how many promo tweets you're publishing on Twitter. Are they things you'd like to read, or would they go straight in your trash folder?

As well as making sure your press releases are optimised for search engines  many now stored on webpages  Tyrrell suggested those penning the firm's press releases need to enjoy it.

It shouldn't be an ordeal  it should be about "being creative and having fun."

"Put all your creativity and joy into it," said Tyrrell. "Your press release needs to sing."

You can find out more about Cosmocover on the firm's website.

Casual Connect Europe: 5 ways to fail at freemium, by W3i

Casual Connect Europe: Digital Chocolate on the art of innovation in social games