Full year sales were 70.2 billion KRW ($66 million), up 64 percent year-on-year, thanks to the strong performance of the domestic Korean market, which was driven by Google Play, carrier app store and the mobile social network KakaoTalk. 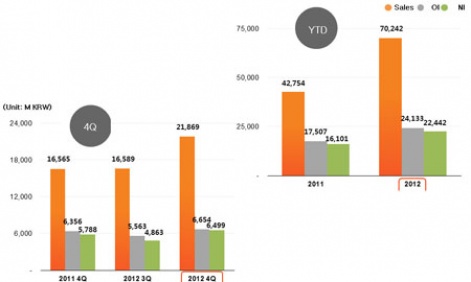 Gamevil pointed to its ability to expand from key RPG, strategy and action genres, with games such as Fishing Superstars and Punch Hero performing well in the sports genre.

During the year, Gamevil released 11 internally-developed games, and 32 third party games, boosting its historic download total to over 220 million.

Looking forward to 2013, Gamevil expects to release at least 50 titles, predicting sales of 100 billion KRW ($94 million), up 42 percent compared to 2012. It expect to grow international sales by 79 percent.