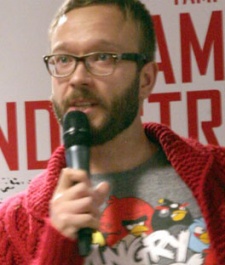 Following on from its $8 million funding round in November 2013, and gaining ex-Googler Charles Yim as COO, it's now opening its first European office.

Heading up the move is Ville Heijari, who was previously SVP of marketing at Angry Birds developer Rovio.

"I joined Rovio when it was just 15 people, so I've seen how important cross-promotion and marketing is for developers," Heijari explains.

"Of course, you need a great game, but understanding your audience and better engaging with them is also key. That's where the market is going now."

PlayHaven's European office will open in Helsinki, although it's likely to move to a more central location - "somewhere between Ireland and Israel" quips Yim.

"We're looking to work with the best developers in Europe and our first task is to raise awareness about what PlayHaven can offer," he adds.

Of course, Europe is only the starting point for PlayHaven's global expansion, with the 70-strong San Francisco outfit looking to raise its headcount to 150 by the end of year, with potential offices opening in Asia and Latin America.