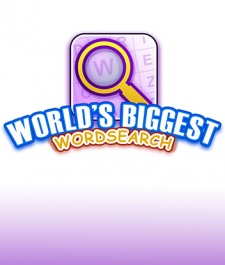 February 26th, 2013 - 11:40am
By Keith Andrew
Not content with merely funding its latest project on Kickstarter, one developer has announced it is to use the crowdfunding platform for a world record attempt.

Supersonic Software  previously behind entries in the Micro Machines series  has taken to Kickstarter with World's Biggest Wordsearch, which (as its name suggests) could be a record breaker come launch.

Going beyond the typical offer of badges or t-shirts, the developer is also pledging to make its community part of the record attempt, building their names both into the game itself and a giant poster designed to celebrate its release.

"We're trying to set a new world record for the biggest wordsearch in existence by publishing this superbly polished piece of puzzle fun both as a giant poster (1189 x 841 mm) and on PC, iOS, Android and the Amazon Appstore," said Supersonic MD Pete Williamson.

"But to realise our ambition we need some help to raise funds for development."

Supersonic claims the game  which will be published by AppyNation - will come complete with 5,750 words to find, with the developer having split them into themes that will adorn set parts of the puzzle.

Kickstarter wise, the developer is looking for a modest total of £5,000 (10 percent having already been pledged at the time of writing), though of more interest will be whether Supersonic's world record attempt is little more than a gimmick designed to whip up enthusiasm, or a genuine way of connecting with a game's community-in-waiting.

The crowdfunding platform has played host to some notable failures of late  UK wise, Blitz Games' attempt to fund a new entry in the Dizzy series falling some way short  while the success of projects such as GameStick suggests using Kickstarter to re-tool a firm's existing business may be a better way of leveraging the platform.