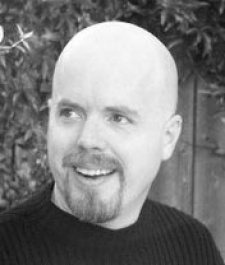 And on one level, the juxtaposition between shooter angle and casual gaming is real, but Hall has always been something of a more thoughtful chap than the typical FPS creative.

Long, long ago, I interviewed when he was working on RPG Anachronox, developed by a Deus Ex-era Ion Storm.

All I remember is that he said he kept a pen and white board in the shower as that was a good place for creative inspiration to strike.

He liked the humorous Commander Keen series more than the first-person shooters too.

From guns to tips

Moving on from Ion Storm, Hall got into mobile games early, forming Monkeystone Games with John Romero, amongst others. It released the Keen-like  Hyperspace Delivery Boy!.

His most recent job was at Loot Drop, Inc; another casual studio formed with Romero.

So, you see Hall's not such a strange hire for PlayFirst after all.

According to the company, he's joined as principal designer, and will be working on future Dash games, amongst others.

"With Tom, we are adding an industry superstar who has demonstrated the prowess of his creative talents over the years," said PlayFirst CEO Marco DeMiroz.

"His versatility across genres and audiences makes him an invaluable addition to the PlayFirst team."

PlayFirst serves up one million Diner Dash downloads on Android