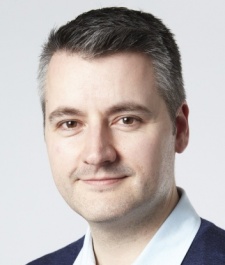 Elliott has been with Marmalade since June 2012, joining the cross platform development framework provider from EA, where he served as VP of its Bright Light studio.

He takes over from Niall Murphy, who will remain at Marmalade as an investor and advisor.

As CEO, Elliott will be responsible for all of Marmalade's business interests, which have grown from the Marmalade SDK to include Marmalade Game Studio, Made with Marmalade publishing and software services for third-parties.

"I'm thrilled to be taking on a broader role in guiding Marmalade through the next exciting period of growth. Niall has been a great leader for Marmalade over the past three years and I look forward to building on the excellent foundations that he has put in place," Elliott explained.

"With so many emergent platforms in the mobile, tablet and TV markets, and great innovations from the established leaders, the Marmalade solution becomes more and more compelling for developers."