'The user's voice always matters most' 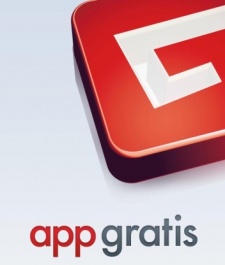 April 15th, 2013 - 09:00am
By Keith Andrew
Almost ten days after its app discovery platform was pulled from the App Store, French firm AppGratis is turning to its userbase in a bid to convince Apple to reverse its decision.

The company has launched a petition that calls for the voice of AppGratis users to be heard, with Apple reportedly having shelved the app for violating two of its App Store guidelines.

However, in a pop up message asking users to sign the petition, AppGratis says it "cannot die like this."

"It's you, Apple users, who will have the final word," the pop up concludes.

Announcing news of the petition exclusively to PocketGamer.biz, CEO Simon Dawlat said the decision to involve the AppGratis community was made because the platforms foundations are in its userbase.

"We reached out to our users and asked for their public support because it's important everybody understands AppGratis is first and foremost a community, a consumer service, an iOS app loved and used by millions in the world," said Dawlat in the statement.

"And at the end of the day, it's always the end user's voice that matters most." 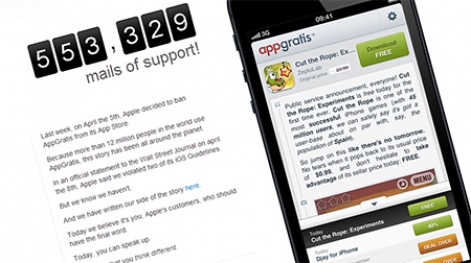 The petition as it stands now

Dawlat said 400,000 emails had already been sent to the save [at] AppGrat.is email account, with "20,000 supportive tweets" also posted since the petition went live.

"We expect much much more in the next days," continued Dawlat.

"We needed a strong vote of confidence from our users to keep calm and carry on. And we got it."

The move comes days after AppGratis CEO Simon Dawlat described rumours his company had been given fair warning that his discovery platform was in breach of Apple's rules as "absolutely untrue."

Whether or not the petition will reach the higher echelons of Apple remains to be seen, but given the American giant's reluctant to discuss the issue openly, AppGratis will be hoping involving its community will highlight the strength of feeling within some quarters of the industry. 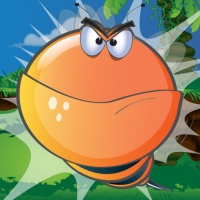 Reply
Mikael Lagerstrom Director/Designer at Stinglab LTD
We are a small game developer who was contacted by AppGratis after launching our App at AppStore. The concept presentation they gave which lead us to have our app presented by them turned out being so misleading and poor ending up with a big disappointment and frustration to us. They don't run a solid and robust business model, at least not for us hardworking developers as they use us to their own best benefit and mood. After first supporting them in the fight with Apple we now think we understand why Apple removed them. The concept they have is just not sustainable as not being fair, straight and honest to us developers.
Posted 9 years ago Reply
Attila Beke
I don't know if I am sorry for them. Free App A Day kind of promotions are scams IMHO.
Anyway, if you want paid apps for free and want to earn money by reviewing them, visit https://giftmeapps.com and https://promodispenser.com
Posted 9 years, 1 month ago

Reply
jon jordan
The rules aren't vague, only the way in which Apple appears to apply them.
Posted 9 years, 1 month ago 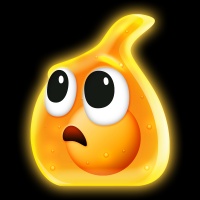 Reply
James Carroll
I don't get why they have even done this. It's such a vague thing to get them on. It's not like App Gratis is doing anything but encourage users to find apps on the app store?
Posted 9 years, 1 month ago