Rebranded as Boyfriend Plus 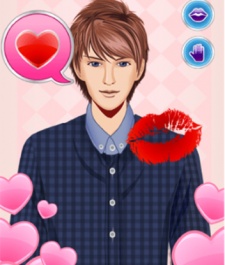 April 23rd, 2013 - 11:51am
By Keith Andrew
Having been pulled from sale almost five months ago to the day, dating simulator Boyfriend Maker has made a return to the App Store  albeit with some notable changes.

PocketGamer.biz witnessed the game's 'boyfriend' discussing everything from carrying out sexual acts designed to hurt the player to references of sexual activity with unconscious children.

The frequent nature of such responses was made all the more alarming by the fact Boyfriend Maker originally came with a 4+ age rating.

Now, however, it appears developer 36You has cleaned up its act.

The new app, Boyfriend Plus, sports a more fleshed out form, with activities other than chatting to your boyfriend  such as buying him clothes, or "flirting" with him by patting or, indeed, petting  now sporting equal billing from the get go. 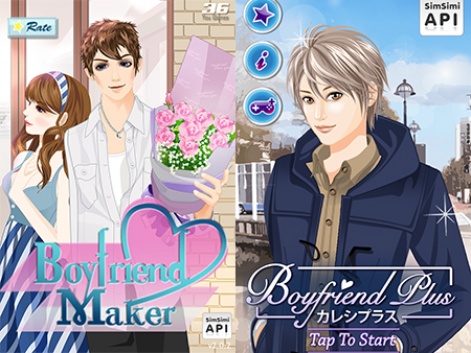 Old and new: The original game, and the new release

More important changes, however, include the app's 12+ age rating, and the ability to report what the game describes as "evil" responses made by your boyfriend in the game's chat mode.

Before the player is even allowed to enter said chat mode, they have to agree to a disclaimer that deems them responsible for all questions they ask.

A further pop up informs them of the ability to flag any inappropriate responses, which removes them from the game entirely. 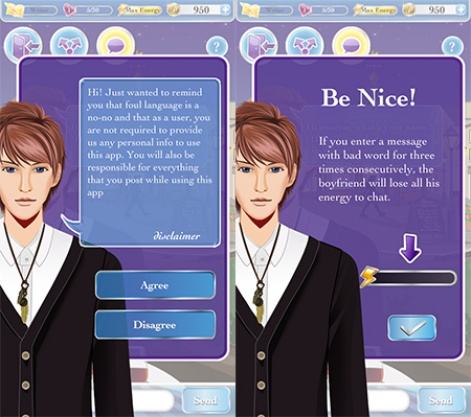 String too many together and the chat comes to a close, greatly reducing the chance of the player encountering a sexually explicit response.

During our brief play test, we came across only one reply that could be described as 'adult', which we flagged using the game's new reporting tools. 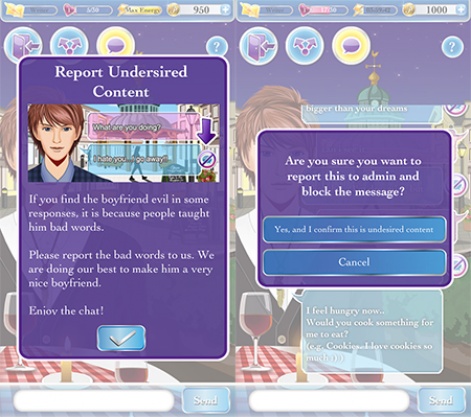 Though the game uses the same SimSimi API in its chat mode, its deployment appears to have been altered to filter out the vast majority of its adult responses.

Neither developer 36You nor Apple ever publicly responded to the allegations made about Boyfriend Maker either before or after it was pulled.

Indeed, it's not clear whether the game's Boyfriend Plus rebrand is an attempt by 36You to distance the game from its previous exploits, or whether it merely forms part of an intended shift in the title's structure.

What is certain, however, is that a large portion of players will put Boyfriend Plus' chat mode to the test, with the results likely to be spread across the web across the coming days.