Lift London boss to talk 'beyond the box' 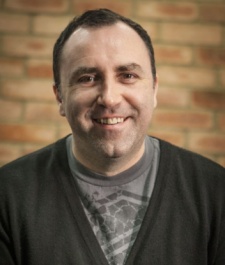 On 9 July, Schuneman's session  titled "'Beyond the Box' in Connected Entertainment"  will consider the role of new IP, creative risk and new business models in delivering connected experiences for tablets, mobiles and smart TVs.

Microsoft unveiled Lift London, and named Lee Schuneman as its boss, back in January 2013. At the time, Microsoft corporate vice president Phil Harrison heralded the developer as a "21st century studio," formed specifically create games for the cloud.

Part of Lift London's remit is to expand the Xbox brand beyond the console, and as part of this effort, the studio will partner with indie developers as well as creating games in-house.

"I'm incredibly excited to be speaking at Evolve in Brighton," said Schuneman, who before joining Lift London was a 16-year veteran of Microsoft-owned developer Rare.

"Evolve has long been one of the premier events on the European developer calendar and, at a time when Microsoft is bringing the most powerful, progressive and integrated set of gaming and entertainment experiences the company has ever offered to consumers worldwide, the opportunity for me to talk about some of the new ideas and methods of bringing content to market is one I'm greatly looking forward to."

For more information on the one-day event, which kicks off the two-day Develop in Brighton conference, take a look at the Evolve website.