Celebrates with a rebrand 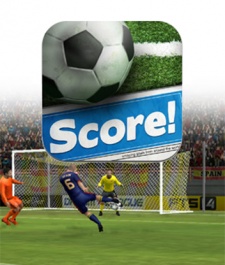 The stats have been released as part of an update to the game - a new name, Score! World Goals, coupled with a host of new content - designed to celebrate said milestones.

Arguably more interesting, however, is the impact First Touch Games' decision to make Score! available for free as part of

Apple's 12 days of Christmas promotion in 2012 has on downloads.

Such was the spike enjoyed by Score! as a result, the studio reconsidered the game's original 99c price point, switching to the free model from 29 December onwards. 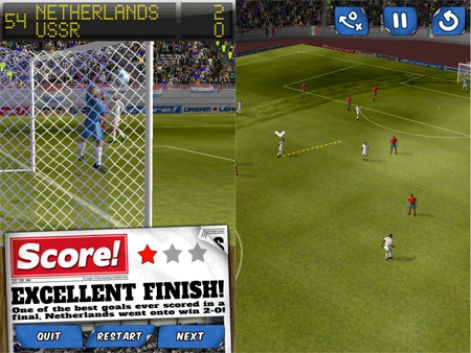 "Though it was a big success beforehand, Apple's 12 Days of Christmas and moving to a free app was a huge boost for the game."

Chapman said First Touch had been "very fortunate and lucky" to be featured as part of the promotion, but noted that the game obviously "hit the right spots" for Apple.

"The decision to leave it free after Christmas was completely unplanned, and the game even now is certainly not what people would call a typical F2P game," he continued.

"But we found that, even before the Apple 12 days of Christmas promotion, the game was making more money when free - from the very limited IAP in the game - than it was when paid."