Samsung cool on smartphone future despite 54% jump in profits

April 26th, 2013 - 04:23pm
By Keith Andrew
Korean electronics giant Samsung (005930.KS) has posted sales of nearly $50 billion in the firm's most recent financial quarter, citing its domination in the smartphone market as the main catalyst.

That represents a rise of 17 percent from the same period in 2012  the quarter when Samsung finally overtook Finnish giant Nokia to become the world's most successful mobile manufacturer.

As a result, Samsung recorded an operating profit of 8.78 trillion Won across the quarter, equal to around $7.9 billion. That's up 54 percent year on year.

Samsung doesn't publish shipment figures, but IDC has already estimated the company shipped 70.7 million units across the quarter, representing a rise of more than 60 percent from the same period last year.

This puts Samsung comfortably ahead of Apple, which sold 37.4 million iPhones during its most recent quarter, contributing to company wide revenue of $43.6 billion.

Profits, however, were higher at Apple - $9.5 billion across roughly the same period  in part due to a one off settlement paid by Samsung to Apple in relation to the two firms' US court battle.

Analysts believe the payment came in at around $600 million, though Samsung has not declared the figure publicly.

Aside from this, however, Samsung is being less bullish about the forthcoming quarter, with senior VP and head of investor relations Robert Yi citing increased competition in the smartphone sector.

"Although market uncertainties from the European crisis and the slow global economic recovery are still lingering, we expect to increase R&D spending for strengthening our competitiveness ahead of planned new product launches," said Yi.

"We may experience stiffer competition in the mobile business due to expansion of the mid- to low-end smartphone market while TV growth will continue to wane in developed markets."

Indeed, Samsung may also be hit by failure to meet launch demand for the Galaxy S4, with Reuters reporting claiming supply issues have "snarled" up the devices roll out in the US. 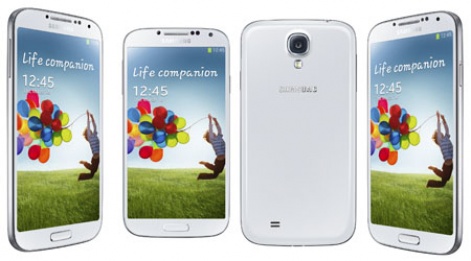 It's claimed AT&T customers will be unaffected, but other carriers such as Sprint and T-Mobile may be forced to launch the handset later than expected.