BlackBerry CEO: 'In five years I don't think there'll be a reason to have a tablet anymore' 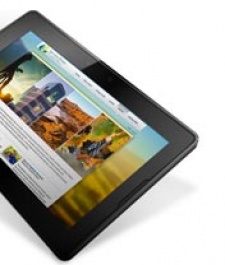 May 1st, 2013 - 01:45am
By James Nouch, Staff Writer
Ever one for giving interesting interviews, BlackBerry CEO Thorsten Heins has expressed doubts over continuing consumer appetite for tablets, claiming that in five years he doesn't think "there'll be a reason to have a tablet anymore."

In an interview with Bloomberg, Heins claimed slates may take the form of a "big screen in your workplace", but the tablets consumers are currently lapping up will likely be a thing of the past.

"Tablets themselves are not a good business model," he concluded.

BlackBerry's own tablet, of course, has been a notable failure to date.

The company also took a $485 million writedown on the discounted stock later that year. 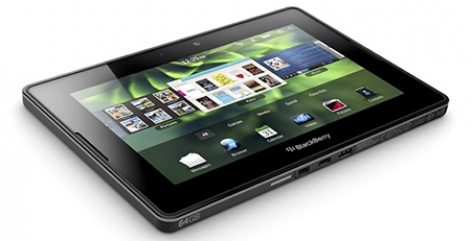 As such, Heins' comments suggest that BlackBerry isn't planning to launch a PlayBook successor any time soon, although the CEO noted that if BlackBerry could develop a unique offering, it might consider re-entering the tablet market.

"In five years, I see BlackBerry to be the absolute leader in mobile computing  that's what we're aiming for. I want to gain as much market share as I can, but not by being a copycat," Hein explained.

Heins' misgivings over tablets, and the 'tablet business model', might come as some surprise to Apple.

The Cupertino firm reported sales of 19.5 million iPads in its most recent quarterly financial report, up from the 11.8 million tablets it sold in the same quarter last year.