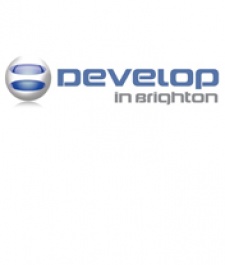 May 2nd, 2013 - 12:00pm
By Lisa Bisset, VP Biz Dev
Organisers behind 2013's Develop in Brighton conference have unveiled the event's first batch of confirmed speakers, with the likes of Boss Alien, Big Fish, and Mediatonic all on board.

As in previous years, the event - which will run from 9-11 of July  is likely to offer plenty of interest of mobile game developers.

Boss Alien CEO Jason Avent, for instance, will deliver a session in which he explores 'The Future of Freemium on Mobile', while Big Fish COO John Holland will tell attendees 'Where the Real Money Is in Game Development.'

Other sessions that will be of especial interest to mobile game developers include a talk from InnoGames product manager Nino Protic on creating a cross-platform hit, and a session from Slamjet Stadium creator Alistair Aitcheson on the joys of physical multiplayer on tablet devices.

Registration for Develop in Brighton is open now, with a three-day pass currently available at the super early bird price of £545.

For more information on the full range of ticketing options, and a full list of confirmed sessions, take a look at the Develop website.