Is a 41MP Windows Phone on the way? 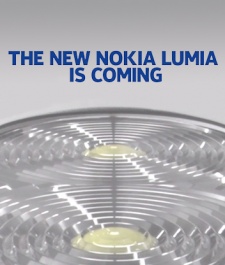 May 13th, 2013 - 11:30am
By Keith Andrew
Ahead of a scheduled press conference in London on Tuesday, Nokia has sparked speculation it may be about to reveal a 41MP Lumia thanks to a teaser ad aired on UK TV last night.

The spot  which was broadcast in the middle of The Inbetweeners Movie  featured the tag 'more than your eyes can see', and appeared to depict both the lens and the flash of an unannounced device.

It suggests Nokia may be about to equip a new Lumia with the 41MP camera it originally fitted in its 808 PureView  a Symbian device launched in 2012 that served both as the platform's last flagship device, and also as a handy test bed for future handsets.

Indeed, such chatter adds weight to talk of a supposed new flagship from Nokia - dubbed the Lumia EOS, or Lumia Catwalk by others - is pending, with the Finnish firm having invited the press (including PocketGamer.biz) to see the 'future of Lumia' at a press event in the UK capital tomorrow.

A somewhat less exciting theory is that both the ad and the event could be pointing towards the launch of the currently US-exclusive Lumia 928 in Europe.

Expect the pieces of the puzzle to be revealed on these pages when Nokia takes to the stage on Tuesday.