Amazon Coins virtual currency launches on Kindle Fire in the US 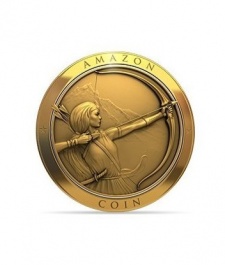 May 13th, 2013 - 06:32pm
By Matthew Diener, US Correspondent
Earlier this year, Amazon announced a new virtual currency system for its Kindle Fire dubbed Amazon Coins that could be used to purchase new apps and games from Amaon's Appstore.

The system is now live, and kicked off with a massive Coins distribution that credited 500 free Coins - equal to $5 - to each Kindle Fire owner's account.

Amazon estimates that this giveaway totals "tens of millions of dollars" of currency waiting to be spent on apps, but this is only the first step for the freshly minted Coins program.

Amazon's Vice President of Apps and Games Mike George notes that "We will continue to add more ways to earn and spend Coins on a wider range of content and activities."

Once the initial free coins are spent, consumers can purchase coins with bulk discounts of up to 10 percent available - thus encouraging consumer spending through savings.

Amazon Coins are not a credit card replacement, however, so developer revenue will remain at a fixed 70 percent share.

For those developers currently on the Amazon Appstore, there are no Coins-specific changes necessary to reap the benefits of the new currency system.

Those looking to expand into the Amazon marketplace should submit their apps as quickly as possible through the Amazon Mobile App Distribution Portal - although it's unclear if Amazon will add the Coins-compatibility component itself.