Uses Google+ as a social layer 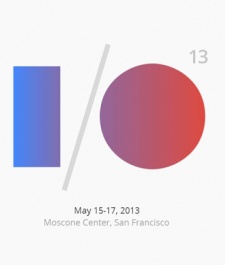 May 15th, 2013 - 05:40pm
By Jon Jordan, Contributing Editor
Kicking off the Google I/O 2013 conference, the company's keynote highlighted the power of Google across mobile and web.

"This is one of the most important times in computing," said Sundar Pichai, SVO Android, Chrome, Apps.

"The journey of personal computing is the impact we can have on people's lives."

Growth is also happening on Google Play. There's been 48 billion app downloads, with 2.5 billion of those coming in April.

More significant is revenue growth. Already in 2013, Google says it's paid out more money to developers than it did in the whole of 2012.

Average revenue per user is also up 2.5 times year-on-year.

The most important of these is the multiplayer services, which uses Google+ as the social layer to send invites.

Google also handles backend infrastructure, and matchmaking and supports Android and web so developers can make use of cross-platform virality.

Other features in Google Play game services is Cloud save syncing, and Achievements, and Leaderboards, which support Android, iOS and web.

Google is updating Android today with these features, and companies such as Gameloft, Glu Mobile, Get Set Games, Pocket Gems and Vector Unit are already supporting it.

Unfortuately, though, the three player multiplayer demo of Vector Unit's Riptide GP 2 in the keynote didn't quite work.

Fused Location Provider is faster to acquire location, more accurate and uses less battery; Geofencing, with up to 100 active geofences supported per app; and Activity Recognition, which is tracking physical activity via accelerometers and machine learning without using GPS to save battery.