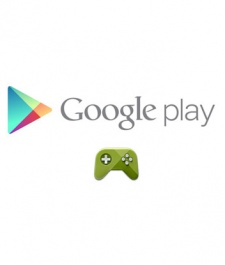 May 16th, 2013 - 09:03pm
By Jon Jordan, Contributing Editor
How important Googles announcement will be that its new Google Play Game Services supports iOS as well as Android players for leaderboards and achievements remains to be seen.

But theres no doubting the corporate significance of the move.

If youre creating global mobile gaming services, you want as many people around the world playing them, and that means supporting as many different devices as possible.

Of course, when it comes to social gaming platforms, weve been through this sort of thing before.

Back in 2009 and 2010, there were plenty of open gaming services. The difference was that OpenFeint, Scoreloop and Plus+ were operated by thirdparty vendors.

Indeed, Apples announcement of Game Center in 2011 merely encouraged them to become more cross-platform i.e. making Android their lead platform instead of iOS.

Its a message echoed by Volker Hirsch, who worked for Scoreloop, now part of BlackBerry.

Yay, Google now does what Scoreloop has been doing for 3-odd years. Glad they realised this, too, now! he tweeted.

That may be the case in terms of social features, but the commercial issue for those first penguins into mobile gaming platforms was they never generated any revenue.

Venture-funded, all three were eventually snapped up in big dollar deals, although being loss-making operations.

One of their problems was even to find a business model. Free for developers, OpenFeint and Scoreloop looked to sell platform-wide virtual currency and take a cut.

Both companies generating billions of dollars annually, but they built their scale in the Japanese feature phone market: a very different environment to the emerging US smartphone games market of 2010.

When it comes to the current playing field, of course, neither Apple or Google need to generate direct revenue from their gaming services.

For them its all about the strengthening their platform.

Google and Apple are focusing on their services being tied into Google+ and Game Center (iTunes) IDs, he argues.

OpenKits mission from day one has been no lock-in. OpenKit will support all user IDs and you, the developer, not the platform holder owns the user data in your game.

Googles in a unique position that Android is so pervasive it can go cross-platform without worrying about losing its vertical platform solution. No-one else has that leverage, he says.

Reply
jon jordan
Thanks Volker. I didn't that was a personal tweet that would have been different if it had come from a corporate a/c - hence it's inclusion
Posted 8 years, 5 months ago

Reply
Volker Hirsch
Gosh, do I need to watch my tweets better now? ;-) (and note that both my tweets and these comments are personal and entirely my own opinion, etc., etc.)

I quite agree with Peter that there is room for services that amalgamate users' experiences across platforms. That Apple and Google try to tie users into their proprietary services, is obvious and - from their perspective - entirely understandable. However, if we would accept the notion that - from a user perspective - it is neither likely nor optimal to be tied to a single ecosystem, the question of cross-platform capability comes very much into play.

The challenge surrounding working business models for such "umbrella" services remains in place. Scoreloop was on a good path (the notion that we would only take a cut if and when incremental revenue was generated was not that outlandish after all) but competing with folks who derive different value from the offering itself and can therefore happily give it away for free quite obviously make it a little harder to build a sustainable business proposition.
Posted 8 years, 5 months ago