Another promising UK Kickstarter game fails to reach its target

Atomhawk vows to try again in the US 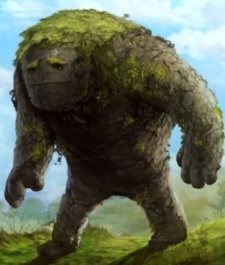 May 24th, 2013 - 10:45am
By Matthew Diener, US Correspondent
Back in April, Atomhawk Design launched a Kickstarter page to raise funding for a lush adventure game, The Realm.

After promising to reinvent the point-and-click adventure genre and raising enough money to become one of the top-funded UK Kickstarters, The Realm ultimately fell well short of its £195,000 ($293,000) funding goal.

It's a story that many UK game developers who've tried to find success on the premiere crowdfunding site know all too well: UK-based game projects do not attract the attention, and capital, that US-based projects do.

Unless, of course, said projects are presented by Peter Molyneux.

Speaking candidly on the failed Kickstarter page for The Realm, Atomhawk Design was quick to identify the problem (and solution) for its shortfall.

"The lack of US payments was a crucial factor in hurting our campaign," detailed the studio. "So we plan to relaunch the campaign later this year with a US account."

This radical decision comes after UK-based trade association TIGA launched its own venture on Kickstarter to help push projects from across Britain in March of 2012.

Unfortunately, the hardships facing UK game projects on Kickstarter have continued since the TIGA initiative with high-profile collapses like the Dizzy Returns (which raised only 7 percent of its £350,000 goal) serving as cautionary tales.

While The Realm's initial Kickstarter didn't have a happy ending, the team is determined to relaunch its campaign "later this year" with game footage included in the pitch.