$10 billion paid out to developers 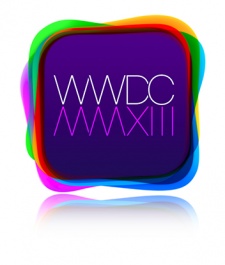 June 10th, 2013 - 06:22pm
By Keith Andrew
As is customary with Apple press briefings, the firm's splash at WWDC in San Francisco kicked off with a flurry of stats  leading with the news that the App Store has amassed 50 billion app downloads in just under 5 years.

That's from a pool of 6 million developers registered to work on Apple platforms, with 900,000 apps now available for all iOS devices.

And those apps are available to 575 million App Store accounts  many, Cook said, registered to play with credit cards.

"We have more accounts registered with credit cards than any other store on the internet we're aware of," added Cook.

As a result, Apple has now paid a total of $10 billion out to iOS developers, with the platform generating more revenue for all other platforms combined.

Perhaps the most interesting stat of all, however, was Cook's claim that 93 percent of all the apps on the App Store register downloads each month.

Lets have a moment of silence for the 7 percent whose download tally stands at zero, then.