Make in-game item prices high because they will only fall over time, says Supercell 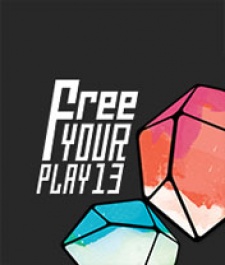 That was the opening question from moderator Bret Terrill at the panel talk at Supercell's Free Your Play 2013 event.

"Having your game pay-to-win," said Tom Putzki, head of communications, at Wargaming.

He had a specific example too. Famously, Wargaming had to remove its best-selling in-game item from World of Tanks - a Chinese tier 8 tank - because it was so powerful and unbalancing the entire gameplay.

Leppinen also had a point to make.

"You need to make the prices [for in-game items] high in the beginning because you can't increase them later. Prices will drop down over time anyhow," he said.

Of course, metrics is a large part of mobile game development. Everyone wants to know how the most successful companies use the data they receive; most don't what to share any details, though.

But being creatives, there is a trend of not totally relying (or admitting to rely) on analytics.

"We have been trying to follow our gut feeling and using analytics to back that up," Leppinen said.

Meanwhile Daisuke Yamamoto from GungHo spoke about taking advice from his wife, who is a keen player of Puzzle & Dragons.

Tommy Palm was also keen to give advice on tutorials.

"Make your tutorial and then make that your fifth level," he said, arguing you need to make many more easier levels, especially when like King youre targeting a very casual audience.

Reply
jon jordan
Thanks Paul - you are corrected, and it's corrected
Posted 6 years, 11 months ago

Thanks for this interesting read. Just a thought:

Do you think he meant "pay-to-win"?

Thanks,
Paul
Posted 6 years, 11 months ago