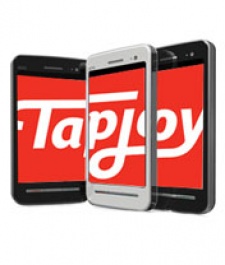 June 19th, 2013 - 05:13pm
By Matthew Diener, US Correspondent
Monetisation and distribution service provider Tapjoy recently posted some figures on the performance of its proprietary network over the past few years.

Between 2010 and 2012, Tapjoy reports that developers on its network earned more than $200 million through its monetisation strategies.

Tapjoy also provided some insight into the performance of its top 50 app developers (ranked according to revenue earned via Tapjoy monetisation) and disclosed that 29 of these are based in the United States, with nine in Asia, six in Canada, and five in Europe.

Further, seven of these top 50 app developers are a year old or less, while twelve developers in the top 50 are a decade old (or older).

For the young turks above, Tapjoy generated a combined sum of more than $6.5 million spread across the seven, while the twelve decade-or-older developers earned a combined $30 million through Tapjoy's monetisation solutions.

The firm also noted that it generated nearly $5 million for studios with 20 employees or less. Reply
Brian Valdana
Nice... they're gonna keep taking developer love away from AdMob, which I think is awesome. AdMob really doesn't care about developers like the younger, hungrier ad networks that have actually made apps easier to monetize with their solutions - MM, Airpush, and Tapjoy. That's a hot bunch right there. http://www.examiner.com/article/the-young-guns-of-mobile-advertising-proving-most-effective
Posted 6 years, 11 months ago