June 28th, 2013 - 05:02pm
By Matthew Diener, US Correspondent
The Android virtualisation firm BlueStacks has unveiled another change for GamePop, its Ouya-competing unconsole.

In an effort to outdo its announcement that the GamePop would support iOS games through virtualisation, BlueStacks announced a new variant of the GamePop - the GamePop Mini, which will be free.

And no, you didn't miss anything. The original GamePop still isn't on the market yet. It's due in the winter.

Two in the bush

Size isn't the only thing that sets the GamePop Mini apart from the GamePop. 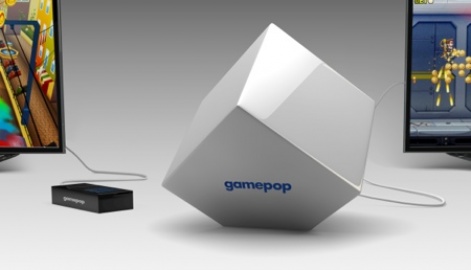 The two unconsoles have completely different pricepoints, although they both require a $7.00/month subscription fee to access BlueStacks' reported library of over 500 Android (and perhaps iOS) games.

While the original GamePop costs $129.00 in addition to the monthly subscription fee, the GamePop Mini is completely free if you keep the unit for a full calendar year.

If you return the GamePop Mini before the end of the 12 month period, you'll incur a $25.00 restocking fee.

So, assuming that a customer avoids a return and pays for the year subscription, the GamePop Mini will be priced below an Ouya ($99) but slightly above a GameStick ($79).

But there are plenty of unanswered questions. GamePop has not revealed the hardware specs of either unconsole - nor has it unveiled what the GamePop's controller will look like.