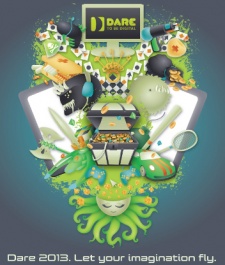 July 5th, 2013 - 10:00am
By Peter Willington
The UK's biggest indie games festival - Dare ProtoPlay in Dundee - has announced its schedule of speakers.

With the theme of "convergence" - and with a heavy emphasis on mobile - this year's festival will run between 8-11 August in the Scottish city, featuring talks focused on the areas of the games industry that link up with other creative arts.

Fine art, film, and television will all be featured, with sessions at the conference - which played host to more than 10,000 people last year - being run in association with BAFTA.

The event will also feature discussions on the 8-9 August, highlighting two significant landmarks in the UK games scene: the development of the first game from the National Theatre of Scotland, and the V&A's first Game Design Residency. 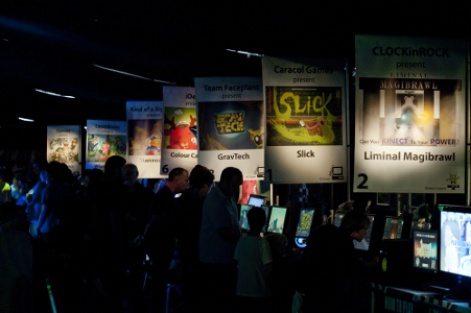 Also of note at ProtoPlay will be the culmination of this year's Dare to be Digital content - the international competition in which design students compete on a set theme, run annually by Abertay University.

The event also showcases the work of independent studios from across the nation, all of whom are invited to show their latest titles, free-of-charge. Pocket Gamer will be reporting from the event this coming August.

For more information, to book conference tickets, and to register for the games showcase, visit the official website.