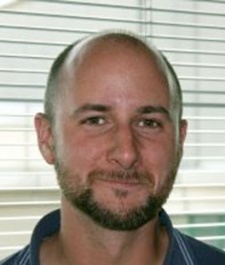 "There's lots of entertainment you can spend too much time on," claimed Boss Alien's Jason Avent during his talk at Develop in Brighton.

"All of these things can be over consumed  we have to take personal responsibility. Free-to-play isn't any different in this regard - it's not like we're offering pay day loans."

Indeed, rather than a dodgy loan company charging 200 percent APR, free-to-play is  in Avent's view  much more "like cake".

"I like cake, but I'm not massively fat," said Avent, standing out from behind his lectern to prove his point. "I've been a bit fat in the past, so I just ate less cake."

Indeed, much of Avent's talk on the free-to-play model seemed designed to dispell myths, with the CSR Racing man setting out his own do's and don'ts for studios going freemium.

"This is our first free-to-play game on mobile, and suddenly that makes us experts," offered Avent, referring to the success of CSR Racing. "I say that cynically of course."

CSR's prominence in the market, however, means that everyone in attendance was very much interested in just what Boss Alien  and publisher NaturalMotion  has learned about how to approach free-to-play design.

So what are Avent's principles? Free-to-play games should be free forever, he said, and Boss Alien opposes games that employ pay-to-win or pay gates.

"We like pay to improve your chances of winning," reasoned Avent, adding that "rationing play sessions helps people maintain their stamina and keeps them playing over a long time."

Other tips included upselling your in-app purchaes from early on - "if they want to pay, if they want an advantage, that should be there" - even though 95 percent of players will never give you money.

"That's absolutely fine," said Avent. "These players evangelise about your game. They create a community."

"Figuring out how to play a freemium game without paying is kinda fun," noted Avent, making references to his own struggles with Supercell's Clash of Clans.

"You've got to design your game for people to 'freeload' and for people who are very value conscious."

Fear of those non-paying players is what also drives many developers towards what Avent referred to as "cheap-ium" - charging players to download the game in the first place, and then also filling play with in-app purchases.

"I think the people who do cheap-ium  who charge 69p at the start and then go on to charge from then on  are scared," concluded Avent.

Likewise, developers shouldn't fall into the trap of launching both a paid version and a free version of the same game  it "confuses the market," said Avent. "I'm not going to go over this, but we all know it just doesn't work."

Instead, free-to-play games should be free forever but balanced out with the ability for players to pay forever, if they so choose.

"That's the only way it'll work - I think the days of chasing whales are over as well," he said. "You have to have a bit of moral responsibility."

But is there a foolproof, one-size-fits-all model developers can adopt to ensure success in the free-to-play market? Not really. Should studios scan the app charts and simply mirror what's already performing well? No.

Free-to-play titles should stand as a "simple game feeding into a big complex game rewarding long-term investment," said Avent. In short, stand back and look at the models and methods successful games are tapping into, rather than copying them wholesale.

"I wouldn't go and copy an empire building game now, or a puzzle game. Taking a higher level view of what works is going to yield the more successful thing."