Get double word score with mPOINTS 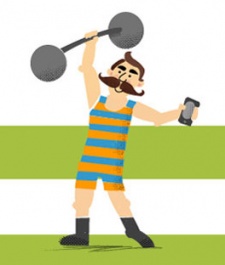 If not, that's the place to start this article...

Reciprocity is the idea that we're much more open to engage with people and brands after they've provided us with real value.

A classic example is the way charities include pens in their postal mail-out appeals.

The facts the pens are low quality and we already have lots of pens are overwhelmed by the feeling that the charity - perceived as a needy organisation - has given us something. We need to give something back.

This kind of thinking also works in the world of virtual goods, which is why companies such as SessionM are finding success.

It rewards players with mPOINTS for unlocking game achievements and interacting with in-game adverts such as watching videos. 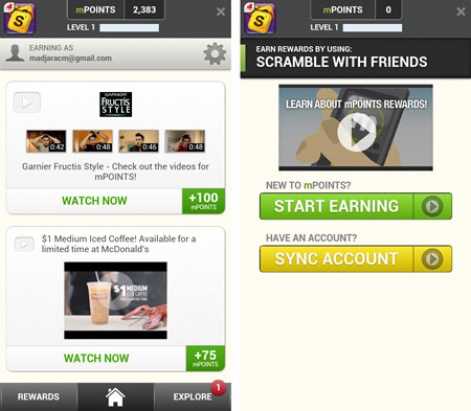 Get enough of these, and you can exchange them for real-world rewards such as iTunes and Amazon cards.

And now Zynga is getting in on the action; it's signed up Scramble With Friends.

This will result in players getting the option to sign up for mPOINTS, earning them as they play the game.

Obviously, Zynga hopes this will increase retention and engagement, while giving it a new advertising-led revenue stream.

"Zynga is committed to delivering the most innovative and meaningful ways for our global network of players to engage with their favorite brands," said Adam Sussman, Zynga's SVP of sales and distribution.

"Partnering with SessionM enables us to launch Zynga's first mobile real-world rewards program to benefit our players while providing a unique value to brands, which can engage directly with their target audience."