MAUs fall nearly 40% in a year

July 26th, 2013 - 10:27am
By Keith Andrew
Zynga's (NASDAQ: ZNGA) newly appointed CEO Don Mattrick appears to have a major fight on his hands following news the social gaming giant has lost almost 40 percent of its monthly player base across the course of the last year.

The firm's latest financials have revealed that revenue is falling at the company, down 31 percent year on year to $231 million for the three months ended 30 June.

More worrying, however, is the revelation that Zynga's mass of monthly active users has fallen to 187 million  down from the 306 million it recorded during the same period in 2012.

Indeed, that represents the lowest number of monthly active users Zynga has recorded in a June quarter, also down on the June 2011 figure of 228 million.

The one piece of good news is that losses are down. While Zynga still recorded a net loss of $16 million for the quarter, that's less than the $22.8 million it lost during the same period in 2012.

"The next few years will be a time of phenomenal growth in our space and Zynga has incredible assets to take advantage of the market opportunity," said CEO Mattrick.

"To do that, we need to get back to basics and take a longer term view on our products and business, develop more efficient processes and tighten up execution all across the company. We have a lot of hard work in front of us and as we reset, we expect to see more volatility in our business than we would like over the next two to four quarters."

Zynga has also revealed its canned plans to obtain an online gambling license in the US, abandoning its efforts to make a move on the sector.

Reply
Keith Andrew
From what I've read this morning, the suggestion is they don't believe their license will ever be approved. A couple of other commentators have gone on to suggest that the whole bid was just a ruse to try and please investors and raise the share price, rather than an actual strategy, though I don't know how true that is.
Posted 8 years, 9 months ago 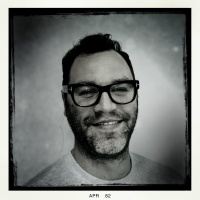 Reply
John Ozimek director
First thing - oof! that kind of drop has got to hurt...

Secondly - interesting that they appear to be now dropping out of the 'real money gambling' moves by a few of the social games companies. Is it because of risk, or an issue with the licensing? Big Fish Games have launched a real money gambling app in the UK, and they claim it is one of their highest earners - so strange that a company that needs to grow revenues would now opt out of an emerging category that would appear to be lucrative...
Posted 8 years, 9 months ago