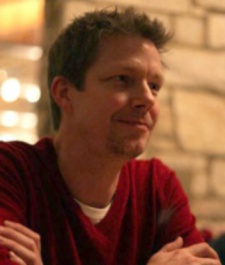 August 1st, 2013 - 09:22am
By Matthew Diener, US Correspondent
When looking at mobile gaming as a business, it's easy to lose focus of some rather key words that Gary Gattis repeated several times during his talk at Casual Connect 2013 in San Francisco -  "Remember: it's all about the fun."

The biggest challenge facing the free-to-play model is, and always has been, how to balance successful monetisation strategies with fun content to keep players interested.

While a simple formula would be useful for this exercise, Gattis didn't have one.

Instead, the best advice he could give was to be on top of your user's spending and engagement habits and adjust your model accordingly.

Gattis drew much of his experience with Spacetimes' highly profitable Pocket Legends, which was both Spacetime's first mobile success and its first attempt at free-to-play monetisation.

With a pay wall firmly in place at Level 13 at launch, Pocket Legends was enjoying modest success with the average daily session lasting 10 minutes and players logging 14.2 hours of gameplay per month.

But Gattis wanted to see where he was losing players, and after a quick look at dropoff charts, noticed that there was a huge spike at Level 13 - where the paywall was established.

Spacetime chose to remove the paywall, and players soon logged an average of 23 minutes per day in Pocket Legends and were playing  on average  for 33.5 hours per month.

But how did Spacetime monetise these players effectively while making sure they had fun?

The answer came in tweaking the play loop cycle, which is something that MMOGs live and die by.

Players must equip better gear to kill monsters, which then drop loot, that players sell to afford better gear, which allows them to kill bigger monsters, and collect better loot.

Gattis scaled this loop down to a 1-2 minute cycle to keep it fun for players, but didn't reduce the difficulty of monsters to make them easier to kill. Instead, Spacetime offered in-app purchases of resurrection and revenge items to help players get back into the game.

The end result for Spacetime has been over 250 million play sessions spread across its four 'legends' games.

Clearly, the players are having fun.

Casual Connect 2013: PerBlue on how your thriving RPG could earn you $145 per player