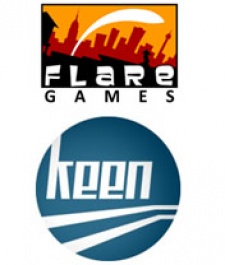 Not according to German developer Keen flare - the joint venture between flare games and Keen Games.

And it's already hit 1.25 million downloads

In terms of platform breakdown, the Windows 8 version (desktop and tablets) is over 500,000 while the Windows Phone version has seen 750,000 installations.

"The release of Windows 8 and Windows Phone has been a tremendous success, and the numbers speak for themselves," said Pete Valentin, MD of Keen flare.

"We are particularly pleased with the enthusiastic response of many players. We also want to say thank you to Microsoft, who have exemplary support and have always believed in our game."