Casual Connect 2013: PerBlue on how your thriving RPG could earn you $145 per player 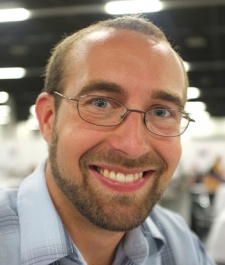 August 5th, 2013 - 05:29pm
By Matthew Diener, US Correspondent
Most dragonslayers know there's plenty of gold to be found in your average free-to-play role-playing game.

But PerBlue's CEO Justin Beck believes there's plenty of green to be found there, too.

Using PerBlue's location-based RPG Parallel Kingdom as a model, Beck shared his insight on how free-to-play role-playing games can monetise in the most efficient ways possible.

It sounds simple, but PerBlue's been able to manage an average revenue of $145 per player by applying four main points to help guide this simple model along.

The biggest boon to Parallel Kingdom's success was that it was designed with a rich, open world for players to explore - this kept players busy with content, leveling, and the desire to see more of the game environment.

Next, it offered a robust in-app messaging and messaging system which allowed players to stay in touch with friends whether they were online or not.

By keeping the messaging in-app, there was less impetuous for players to leave the app during a play session.

Another feather in Parallel Kingdom's cap was the addition of vanity goods ('swag' items) that offered no bonuses but changed a character's in-game appearance. These items were added as an afterthought, but soon accounted for 30 percent of PK's total revenue.

The final point that PerBlue 'got right' with Parallel Kingdom was a smooth friend and invite system that allowed players to form friendships and deepen their investment in the game.Here there be monsters

Another area where Beck saw room for improvement was in the persistence of the realm itself.

Players in Parallel Kingdom could carve out huge swaths of land for themselves, but these kingdoms remained long after the player had quit the game.

These fantasy abandoned empires soon cluttered the world with the RPG equivalent of ghost towns and were a distraction from the thriving and growing empires of active players. 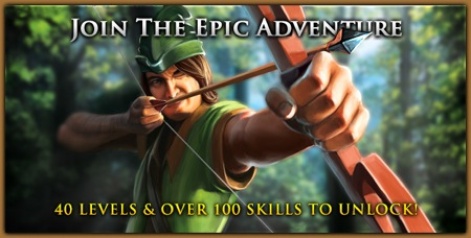 Another issue that Beck saw with Parallel Kingdom was its real - and volatile - player economy. With players able to sell and set prices for virtual goods, the market became vulnerable to sellers making hasty sales in a panic.

The final piece of advice that Beck offered for aspiring free-to-play RPG makers is to have a straightforward customer support policy.

While the scope of the eventual playerbase makes one-to-one customer support impossible, Beck suggests getting ahead of the problem by posting update notes - essentially, changelogs smoothed over with a bit of PR lingo - weeks ahead of an update to the game's forums and responding to comments there.

This tactic builds anticipation (and trust) amongst the players and adds a level of transparency to the update process.

Closing his thought on the matter, Beck noted that "the best customer support you can offer is quality".

Reply
Alex Lin
I think you mean $145/per paying player. An LTV of $145/player would make it vastly more successful than Candy Crush, Clash of Clans, etc combined.
Posted 7 years, 2 months ago