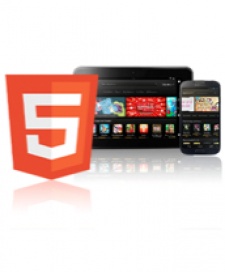 August 7th, 2013 - 06:42pm
By Matthew Diener, US Correspondent
Amazon has announced its Appstore for Android will now carry HTML5-based web apps, handing studios what it claims are "better opportunities for developers to make money".

Via the firm's app distribution portal, developers can now submit and distribute web-based, mobile content to Kindle Fire and Android customers in nearly 200 countries serviced by the firm's marketplace.

Additionally, the company claims developers who choose to distribute their web apps through the Amazon Appstore won't need to bother with third party software or any native app development burdens.

"Previously, third party software was needed to convert mobile web content to native apps to participate in an appstore, and on-device debugging was a challenging and necessary prerequisite for achieving strong performance on a large variety of web runtimes.

"Amazon is removing these roadblocks."

To help developers make the most of the mobile app distribution program, Amazon has also unveiled its new web app resources hub.

The site provides all the tools developers need to test, debug, and optimise their web apps for Kindle Fire and Android devices. It also details how developers can monetise using Amazon's In-App Purchasing API for JavaScript.

Those interested in submitting their web apps to Amazon can find more information on the mobile app distribution program here.