Costs too high, uptake too low 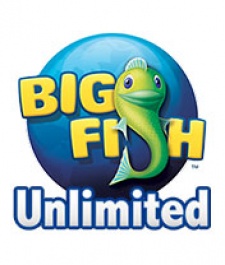 August 23rd, 2013 - 12:57am
By Jon Jordan, Contributing Editor
When youre making a speech, theres always a temptation to come up with a big vision.

That was certainly the case at Casual Connect Seattle 2012.

The conference keynote was given by Big Fish Games CEO Paul Thelen, and it was a fiery affair.

You cant do everything. You need a singular focus based on ROI, he said, announcing Big Fishs big new vision - its streaming cloud-based game service Big Fish Unlimited.

This launched in the US, bringing Big Fishs casual games to PC/Mac, smartphones, tablets and smart TV via Roku, using HTML5 to enable the games to run in browsers.

A year on, however, and that vision of taking cloud-based gaming to Big Fishs global casual audience is looking very different.

Big Fish has just announced its shutting down Big Fish Unlimited, shutting down its Vancouver studio, and reorganising its Seattle HQ, with the loss of 47 jobs.

One thing is constant over the years, though, and thats Thelens focus on ROI.

In terms of Big Fish Unlimited, the cost equation failed in two ways. Not only was the cost of running a cloud-based streaming service too high, but user adoption for the $8/month service was too low.

The future is ahead

But there is some good news.

Big Fishs free-to-play mobile business is performing well, as are its casino games.

Indeed, now entering its eleventh year, the privately held company, which had sales of around $180 million in 2012, remains profitable with positive cash flow.

Thelen ends, We are making these adjustments from a position of strength, not weakness, and I am confident that our best days are ahead.