Gets Lumia devices and Nokia's patents 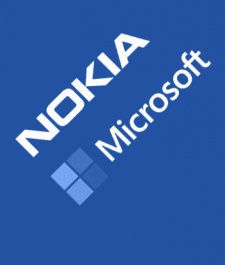 September 3rd, 2013 - 04:46am
By Jon Jordan, Contributing Editor
The logical conclusion of Nokia's decision in 2011 to base its future on Microsoft's phone operating system was announced today.

Microsoft will buy what's being described as "substantially all of Nokia's Devices & Services business, license Nokia's patents, and license and use Nokia's mapping services".

This value is split 70 percent for Nokia's devices and services and 30 percent for for a 10-year non-exclusive licence of the company's patents.

Subject to approval from Nokia's shareholders, it's expected the deal will close during Q1 2014.

I just called to say, I'll buy you

"It's a bold step into the future - a win-win for employees, shareholders and consumers of both companies," commented Microsoft's outgoing CEO Steve Ballmer.

"Bringing these great teams together will accelerate Microsoft's share and profits in phones, and strengthen the overall opportunities for both Microsoft and our partners across our entire family of devices and services."

As part of the deal, Nokia CEO (and before that a Microsoft executive) Stephen Elop steps down, replaced by Nokia's chairman of the board Risto Siilasmaa.

"After a thorough assessment of how to maximize shareholder value, including consideration of a variety of alternatives, we believe this transaction is the best path forward for Nokia and its shareholders," he said.

"Additionally, the deal offers future opportunities for many Nokia employees as part of a company with the strategy, financial resources and determination to succeed in the mobile space."