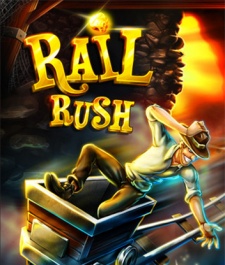 September 6th, 2013 - 11:15am
By Keith Andrew
Miniclip has become one of the first mobile developers to plug into charity-focused multiplayer platform Grantoo, with iOS and Android endless runner Rail Rush the benefactor.

Grantoo provides free multiplayer and tournament functionality via its SDK, enabling gamers to take on their Facebook friends or other online players.

Most interestingly, however, it also enables contest winners to donate money to a charity of their choice via tournaments sponsored by third-party brands, helping  in Grantoo's words  to create a "virtuous connection between the brand, player and game".

"Not only does Grantoo provide these features as a plug-and-play solution, they unlock additional revenue through its brand-sponsored tournaments, opening the door to millions of dollars in brand advertising budgets."

Indeed, outside of the charity aspect, Grantoo says its platform adds an additional revenue stream to mobile titles, allowing developers to opt-in to sponsorship campaigns for in-game tournaments.

The company claims one of its early partners - GameLion's Monster Shooter  saw its average revenue per daily active user just by just under 3c during sponsored tournaments.

Alain-Daniel Bourdages's Pinball Deluxe also reported an engagement increase of 281 percent during tournaments, with users playing an average of 11.8 rounds each.

More details on Grantoo's SDK can be found on the firm's website.

Kickstart your game's longevity and profitability with multiplayer

The speakers you won't want to miss at Pocket Gamer Connects Digital #2 - just days away!