Chart of the Week: Microsoft has just bought the 8th largest mobile manufacturer in the US

Long road ahead for Nokia 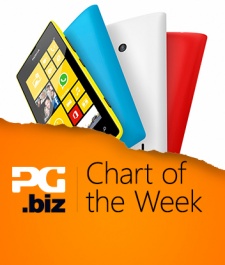 September 6th, 2013 - 01:06pm
By Keith Andrew
Microsoft's move for Finnish giant Nokia has split industry commentators right down the middle. Never have the differences between the smartphone market in the US and Europe been so stark.

Monitoring use across the ad platform throughout Q2 2013, Millennial claims Nokia is the 8th largest mobile manufacturer in the region when ranked by impressions, with a 1.44 percent share.

That puts Nokia some distance behind Apple on a near 40 percent share, Samsung on over 26 percent, and even BlackBerry on just under 7 percent.

A game of two halves

Even more alarming for analysts is the fact that Nokia has not one handset in Millennial's rundown of the top 20 devices, again ranked by impressions. 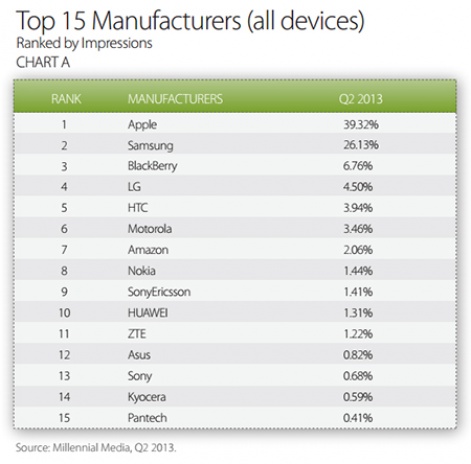 To those in North America, this makes Microsoft's decision to pay out 5.44 billion for the device & services division of a company that barely has a presence in the Redmond giant's home territory somewhat puzzling.

Why would Microsoft want the 8th largest mobile manufacturer in the US?

Well, news that the Nokia-led Windows Phone is now enjoying record sales in overseas territories  the OS accounting for around one in 10 smartphone sales in Britain, France, Germany and Mexico  certainly helps put the acquisition in a more favourable context. Reply
Jeevan Sharma
Actually there is world beyond US Borders...
Posted 8 years ago