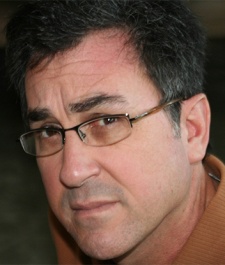 September 18th, 2013 - 11:10am
By Matthew Diener, US Correspondent
"The mobile gamer market is full of people who weren't playing games 5-10 years ago," offered award-winning designer and Manifesto Games founder Greg Costikyan on at panel at this year's NY Games Con in New York.

Costikyan's comments led a discussion about the state of gaming as we know it today  one where console games are developed with $250 million budgets, yet mobile games developed at a fraction of the cost reach equally sizable audiences.

And that's before we even consider the new kid on the block, the microconsole.

So, considering the tempestuous nature of games today, what did the panel  also featuring notorious industry analyst Michael Pachter  make of the games market in 2013?

Pachter began the panel by pulling out a quick comparison between the global console market, made up of around 250 million gamers, and the global smartphone market, which has hit 1.5 billion.

In his view, it's the combination of this smaller potential base and escalating costs that means console games are beginning to stagnate.

"When you start making $250 million dollar bets [on games], you make much fewer of them," he stated.

Yet within the mobile space, where the barrier to entry for both the consumer and developer is much lower, there are plenty of chances being taken by developers, Pachter claimed, and some paying off more handsomely than others.

Also on the agenda was just what role whales should play in monetisation strategies. Should developers actively be targeting them anymore?

The next topic to be discussed was what role whales should play in monetization strategies in the modern industry.

Anthony Borquez, CEO of casual gaming specialist Grab Games, noted that the image of whales as a single, monolithic entity needs to change, adding that it's not really possible to lump them all together anymore  whales come in many different varieties.

While the standard $40-$50/month whale is more common than the casino game 'super whale', who'll spend thousands of dollars on a game in a given month, Jeff Anderson of online gaming portal GSN Digital cautioned that designers shouldn't pander to whales.

Instead, they should concentrate on establishing "a wide top of the funnel" to capture a high number of paying users.

Using King's Candy Crush Saga as an example - a common trend for the day as a whole at NY Games Con - Anderson claimed that the game does a great job of bringing a large amount of users into the paying space, even if they're not paying thousands of dollars.

Pachter agreed and, spinning anecdotal figures on King's latest success, estimated that the average paying Candy Crush user spends $40 a year and that the game monetises around 8 percent of its total player base.

Changing of the vanguard

But just who are those whales in the first place?

Panel moderator and MD of Crossover Technologies Eric Goldberg concluded by noting that the advent of mobile gaming has fundamentally changed just who a gamer is, and that's something developers are still getting used to.

"In the 80s, the most unlikely group to play games was 'middle aged women, between the ages of 29 and 54'," noted Goldberg.

"Now, that's completely changed. They're now the vanguard of one of the biggest spending demographics on the space."

But even with these heavy spenders, the question left unanswered was whether the free-to-play model would replace the traditional, premium pricing convention.

As Pachter noted, the free-to-play model creates a much lower barrier entry for players and developers alike. Yet this has become a mixed blessing, as the mobile market is now crowded with thousands of apps vying for a player's finite playtime.

In the end, Costikyan summed the situation up by suggesting that a hybrid model - that is, a premium app that offers some IAPs  may well become the dominant paradigm in the mobile space.

Amazon solved the discovery problem long ago, so why haven't Apple and Google noticed?