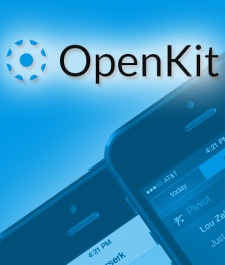 September 26th, 2013 - 08:00pm
By Matthew Diener, US Correspondent
Pitched almost as a successor to the now shuttered OpenFeint, iOS and Android developers now have access to OpenKit, a open-source platform that supports leaderboards, achievements, and social challenges.

The launch of OpenKit comes almost a year after OpenFeint closed its digital doors - a move that removed integral social components from a number of games on iOS and Android.

In response, OpenKit founders claim that the platform is built to last, stating that it is the "only platform that supports Game Center ids, Google+ ids and Facebook ids, so players can play games with 'real friends' and challenge each other regardless of the type of device and game."

Gaming socialOne of the first games to make use of OpenKit in its fully featured forms is Whitaker Trebella's Pivvot, with the developer himself describing those behind the platform as "nice, responsive, and work closely with you every step of the way."

Indeed, interest in OpenKit was fairly strong from the outset, with 500 developers having signed up for version 1.0 of the service - an early beta - earlier this year. 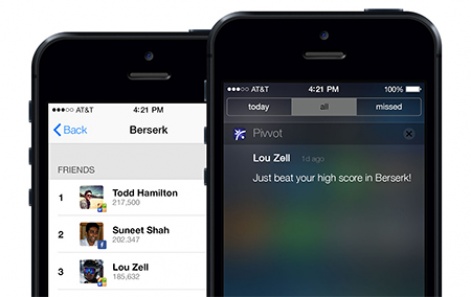 "Even Amazon recognised the importance our vision last week, when they announced that their Android-only GameCircle service was being extended to iOS," detailed the platform's founders, Lou Zell, Todd Hamilton and Suneet Shah.

"However GameCircle is neither open source nor is it taking the approach toward universal authentication like OpenKit. And developers can seamlessly slide in OpenKit which wraps both Game Center APIs and Google Play Services."

Because OpenKit is open source, developers can host the back-end service themselves at no cost.

Those who'd prefer to have OpenKit manage its backend can do so for free as well, but OpenKit will ask for a monthly fee once their Monthly Active Users reach a certain threshold.

The OpenKit back end is available now for interested developers to check out.

Reply
Michael El Baki CEO & Co-Founder at Clan of the Cloud
Before "only platform that supports Game Center ids, Google+ ids and Facebook ids", they should know better about their competitors...
Clan of the Cloud offers the same, and on more platforms, with more features :)
Posted 8 years ago