Company is a 'Canadian success story' 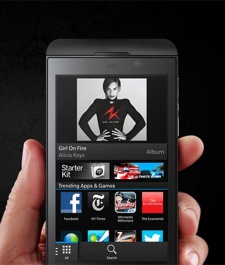 September 27th, 2013 - 12:29pm
By Wesley Copeland
Despite months of financial strife and worries about its longterm future, BlackBerry's potential new owner Fairfax has claimed it is "confident" it can save the troubled Canadian mobile giant.

Speaking to Reuters, Prem Watsa  chief executive at Fairfax, which is leading a $4.7 billion buyout of the firm  was bullish about the company's future fortunes, stating that BlackBerry can and will be saved.

"We wouldn't put our name to such a high-profile deal if we didn't feel confident that at the end of the day that our due diligence would be fine and we'd be able to finance it," detailed Watsa.

Fairfax is offering BlackBerry shareholders  of which it is the largest - $9 per share, which comes in at above the $7.95 rate at which they're currently valued.

However, Watsa  who recently resigned from BlackBerry's board, citing a possible conflict of interest - claimed that he isn't worried about BlackBerry's current valuation, telling Reuters that "these things fluctuate".

"There is speculation one way, there's speculation the other way. We never pay too much attention to the marketplace," he said.

"BlackBerry is one of Canada's great success stories. There is no question it's fallen on hard times recently, but we have every confidence it will be successful again. We're putting a consortium together to make sure that that takes place."

Speculation continues to build about just what the motivation behind Fairfax's bid is, however, with many believing the buyout simply buys BlackBerry time to hold on for a full takeover by one of its rivals  the $4.7 billion figure serving as a guide price for any likely suitors.