Holding on to staff and Hungry Shark IP 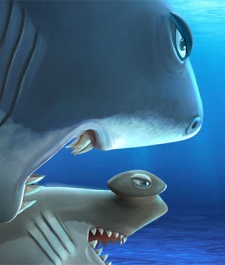 October 1st, 2013 - 05:27pm
By Keith Andrew
French publisher Ubisoft has announced it is to acquire UK developer Future Games of London in a move designed to strengthen the firm's mobile business.

Days after it picked up Digital Chocolate's Barcelona studio, Ubisoft said it would be looking to build on Future Games of London's existing employee base, adding the developer's Hungry Shark franchise to its roster of IP.

"With this deal, we're biting off an even bigger part of the market for mobile and tablet games," said Ubisoft's mobile MD Jean-Michel Detoc.

"Future Games of London brings a popular and profitable franchise to Ubisoft's portfolio, and supplements our mobile group with a very talented team that has a deep understanding of mobile and free-to-play mechanics."

Future Games of London's Hungry Shark Evolution  the fourth game in the series  has been downloaded more than 30 million times since launch in October 2012.

The franchise as a whole broke 50 million downloads back in January.

"We are thrilled to join Ubisoft and are looking forward to leveraging its scale, experience and support to expand our brands and maximize the worldwide reach of our very promising forthcoming titles," added Future Games of London MD Ian Harper.