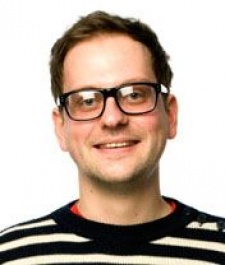 Luton has joined the San Francisco-based studio little over a year after he stepped down from UK outfit Mobile Pie, having authored his first book - Free-to-Play: Making Money From Games You Give Away  in the intervening months.

Luton has also acted as a consultant for several companies during the past year, as well as having developed his first game for Ouya, Block.

Despite such achievements, Luton claimed on his blog that many of his remaining goals require the resources and reach of a larger company.

"I wanted to take the leap over the Atlantic with my partner and I wanted to be back making games with global reach," detailed Luton on his blog.

"That meant joining an organisation with a scale that would allow me to create games for a billion people and a company whose future I could shape and believe in."

After making the leap across the Atlantic, Luton's already looking well into the future and what it holds for both him and TinyCo.

"Last month I was very proud to join the team and am looking forward to the next few years and some great games."