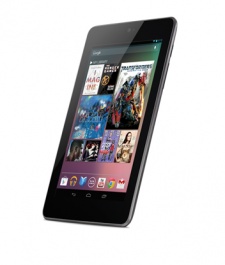 Combined with a continued decline in PC sales, new data gathered by Gartner suggests tablet shipments are expected to grow by 53.4 percent by the end of 2013.

According to the firm's figures, annual worldwide shipments of PCs - desktop and notebooks - will drop to 303 million units, down 1.2 percent from 2012.

Both figures represent the continuation of a wider shift away from traditional desktop devices to more mobile means of connectivity.

Race to the bottom

As such, as well as the continued rise in tablet sales, mobile phone shipments are expected to grow by 3.7 percent to 184 million units.

Despite the growth, however, Gartner notes that consumers aren't snatching up high-end slates with wanton abandon.

"Premium tablets are faced with continued price decline in the 7-inch form factor as a larger number of consumers prefer smaller form factors when it comes to content consumption," notes the study.

Further, in a consumer study conducted in Brazil, China, France, Germany, Italy, the UK, the US and Japan, Gartner found that "smaller is better" as 47 percent of the 21,500 consumers surveyed owned a tablet with a form factor of 8 inches or less.